Which test is easier: IELTS or CELPIP? 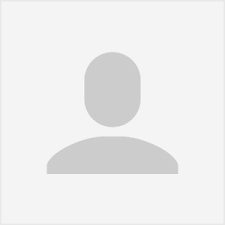 Well, this is the answer from one of my friends who appeared for both the exams. “I did the IELTS(General Training), and I scored S-8, L-8 5, R-8, W-7.5. I prepared intensively for about 2 months before the exam. Later on, a friend of mine asked me to coach her for her CELPIP. I looked through preparation materials to understand the format. My first thoughts were that CELPIP was a more difficult exam. Two components which I found tougher than those of IELTS were the listening and speaking. The CELPIP listening plays a conversation which can go for as long as 1 minute before you see the questions relating to the conversation, and you are expected to remember almost everything in the conversation. One practice exam had a video in which three people were having a discourse, and in the questions, they asked about the opinions of a participant wearing a particular clothing. So, the exam did not only expect you to just listen; it also demanded you to also look at the video painstakingly and to take notes of details as minute as the dressing of the people. That is hard. For the CELPIP speaking, I found it difficult talking to a recorder. I would definitely have more expressiveness talking to a human examiner; my facial expressions coupled with my intonation will definitely sway the IELTS examiner in my favour, and such a setting would seem like a natural discussion. The CELPIP speaking had one part asking me to describe a picture of some pupils in a classroom having chitchats and their teacher was outside the classroom visible through a door and talking to another adult. The picture had so many details you would notice if you had all the time in the world, but the time allotted to speak was just too short. That alone would throw someone off balance, and a test-taker would definitely feel he hasn't done enough. Also, the questions that followed looked somewhat vague. One asked me to describe the atmosphere in the classroom; I felt it was a rowdy or noisy classroom however, but such questions don't seem too easy in exam conditions. I found my IELTS speaking under my control. I could ask the examiner to come again if I didn’t understand the question or if I wanted to bide more time; you can’t do this in CELPIP.” This was his experience but your may vary, so I would recommend you to practice both and then appear for one.

Hi Mate! How are you?